To share your memory on the wall of David Dudek, sign in using one of the following options:

Receive notifications about information and event scheduling for David

Print
TO BE DETERMINED.

We encourage you to share your most beloved memories of David here, so that the family and other loved ones can always see it. You can upload cherished photographs, or share your favorite stories, and can even comment on those shared by others.

Posted Oct 19, 2020 at 10:53am
Rosemarie, AnnaMay and families,
I was stunned to see David's picture in the paper, though it was a very good one and exactly as I remember him. As one who has gone through this, I know first hand that parents should not lose their children, and my condolences and prayers are with you and your family. Rosemarie, I called my sister yesterday and shared this sad news with her. She joins me in our outreach to you. I send her a copy of the the newspaper clipping, as I know she will remember so many of the members of your family. You should be very pleased and proud, Rosemarie, with all that David accomplished in his life and the fullness of his life.. May he rest in peace.
Ted Prenting

Posted Oct 18, 2020 at 07:26am
D avid Dudek was the kindest soul and a true friend of animals, who need all the friends they can get in this world. We send our condolences to his wife, mother, and all who loved him, and wish everyone strength and to dwell on happy moments in a time of pain. From all of us here at People for the Ethical Treatment of Animals headquarters. Ingrid Newkirk, president.
Comment Share
Share via: 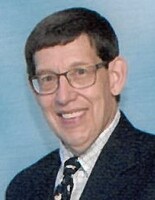